Omega 3 as an Option for Ulcerative Colitis or Crohn’s Disease.

Watch The Video Above If You Don’t Feel Like Reading.

Please, note the disclaimer: Always ask your healthcare provider for an advise when consuming our content.

Diet for People with IBD.

Way too many Crohn’s and colitis patients feel it their gut, and literally speaking that the diet and nutrition play a role in their condition and flare ups. And way too many IBD patients do not receive much dietary advice. Some doctors still stay with the idea that you can and should eat anything. Patients get lost and the most they would do is avoid major trigger foods like spicy foods, vegetables, high-fiber foods, coffee, beans, and popcorn.

But in some early research on the IBD-AID (anti-inflammatory diet) is confirmed by more studies, that patients improve eating more cooked vegetables, choosing from a long list of berries, and importantly, favoring fish and wild seafood for their protein.

Creating and Customizing a diet for IBD.

The study design was a diet specifically for Crohn’s and colitis patients, used an anti-inflammatory diet, which encouraged consumption of foods with omega-3 fatty acids, especially fish and seafood. More patients had a positive response than mixed results. All of them were able to discontinue at least one of their IBD medications, and all patients needed fewer trips to the bathroom. Big win. As of now, there is no set anti-inflammatory diet used in all studies, in my program that I compiled together with over a decade of research, clinical experience and personal experience, I use an anti-inflammatory diet like this study, and I customize it for my clients.

Should you take a fish oil supplement if you have IBD (Crohn’s or Colitis)?

Taking a supplement has helped colitis patients take less medication when ill according to some studies. It may help reduce pain (Barbalho et al., 2016). But studies suggest it will not substitute for medication or prevent flares (Farrukh et al., 2014). More studies are certainly needed.

The link between IBD and fatty acids

The typical modern Western diet gives us a ratio close to 20 to 1 of omega-6 to omega-3 where we ideally need to be at least 3 to 1 ratio. That huge change is a big suspect in the rise of inflammation related diseases. As proof, epidemiologists show the spread of IBD with the introduction of the Western diet to South America, Africa, and Asia in this century (Hsieh et al., 2020).

One of the first epidemiological studies on nutrition and the rise in IBD in Asian countries came from Japan, showing that as the omega-3 to omega-6 ratio increased, AND so did colitis (Schreiner, 2020).

Linoleic acid became a major source of oils in the processed foods in the American diet beginning in the 1970s when soybean oil was on most labels. (Whelan et al., 2013).

Way larger study with more than 203,000 people, concluded that an approximately 30 percent of colitis cases could be attributed to a high intake of linoleic acid (common form of omega 6) (John et al, 2010). They also analyzed consumption of omega-3s, following more over 25 thousand people, ages between 45 and 74, who completed 7-day food diaries and were monitored for between two and eight years. Eating more omega-3s appeared to help protect volunteers from colitis (John et al., 2010).

We can draw a conclusion to eat more wild fish and consider taking a quality, tested, professional Omega 3 supplementation in Crohn’s and colitis cases.

For professional supplements with 10% discount, Featured Product for Today is OMEGAVAIL ULTRA with Vit D/K by Designs for Health, click HERE To Register and Purchase. 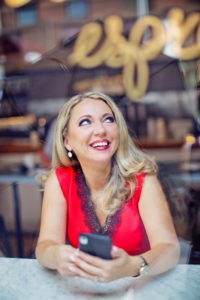 The Dangers of Estrogen Dominance 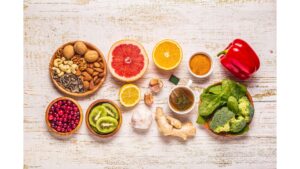 The Reality Of Autoimmunity 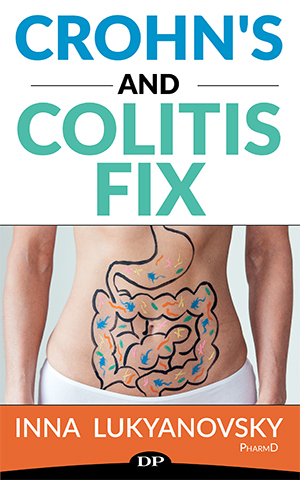